There are many ways to seduce women and one of them is to model the means women use to seduce men and then use them on women!

That has tremendous seductive effect on them for several reasons.

One of them is that the majority of the men falls so easily for their seduction means and that bores women to death.

Being predictable is the worst enemy of seducing a woman and so many men are predictable to women!

For this predictability when they meet a guy who can surprise them for good they feel:

“Wow, this guy is a challenge for me. Let´s find out more about him!”

You can use the PNP mechanism (positive – negative – positive ) I have described in the Manual of Seduction to seduce women and it is extremely effective in the field.

First of all let me approach the role of self-control.

I call it more: awareness.

Awareness is crucial for being good with women.

It is your best friend in the field of pickup and seduction.

What makes of men lose awareness with women?

Answer: the knowledge that they cannot get other women at will!

When a man feels deep inside that he cannot get other women easily he becomes very, very prone to lose his awareness when in contact with a particular woman.

In order to be able to use the PNP mechanism it is very important that you practice a lot pickup and seduction in the field.

The inner belief that you CAN get women easily is what puts you into the right mental condition necessary to use the PNP on women.

Let´s now see how it is done.

When a woman is using the PNP on a man she is basically doing Judo.

She is using his natural need for sex, his Alpha masculine aggression as a way to tool him in wanting her more and more.

The goal of the majority of the women is to have him invest his energy exclusively into her so to win female competition.

When the man is actively pursuing her in order to have sex with her she uses the PNP mechanism on him to have him addicted to herself and investing his energy into her more and more.

Now when a PUA – a pickup artist – uses the PNP mechanism on women he does that slightly in a different way compared to what women do.

Women are so used to men falling for their PNP mechanism that they do it on auto pilot.

In a word: the majority of the women has an almost crazy sureness that the PNP mechanism will work on men.

We also call this “crazy sureness” the Magic Pussy Syndrome: the almost psychotic belief women have that the men will get caught into her PNP.

And men do get caught into it !

Now when a pickup artist uses the PNP mechanism on a woman what he is doing is reverting her game.

The pickup artist uses her crazy belief that men will invest the energy into her to surprise her.

The reversal of the PNP mechanism happens then like this:

When the pickup artist approaches a woman and runs his attraction game he can detect the moment the woman will use the negative of her PNP.

The moment she withdraws in order to have the man invest his energy into her more.

What he does at that moment is to use her Magic Pussy Syndrome as a tool to seduce her.

When the woman withdraws the majority of the man begins chasing her.

This is a source of major boredom for the woman: it´s far too easy for her to get him and she loses fast attraction for him.

What the pickup artist does is to detect the moment she uses her negative and “push her away a little bit” exactly then.

He creates a vacuum into which she is sucked.

You can use this reversal of the PNP mechanism by asking simply yourself the question: “when and how she will use the negative of her PNP” and then give her “little bit more negative” exactly when she expects the positive.

For example telling her that you are busy when she expects you to chase her.

Making for her things more difficult when she expects you to make things for her easier: for example telling her you have a business meeting when you “sense” that she is beginning to use her negative on you.

Finding some imperfection in her exactly the moment she expects that you are going to put her on a pedestal like other men do.

The reversal of her PNP mechanism happens when she becomes in a way addicted to you like an AFC (average frustrated chumps) becomes addicted to her when she uses her PNP on him.

The strategy is to “push her away” little bit and just enough to make her feel that her negative does not work on you.

This will have her increase her positive in a way which will total revert her game in your favor.

Beware: this works only on attracted women.

Another important thing: this does not work on masculine women or women with self-esteem problem for various reasons.

It´s important that you learn to screen women with an agenda and women with problems in regard to men.

The reversal of the PNP mechanism works only on feminine women.

In my last book Getting the good girls I share with guys a method to detect fast the feminine women – who respond to seduction well –
and eject the others in the case they are not interested in them.

It is important to use the reversal of the PNP mechanism only on feminine women.

All the others will not respond to it. 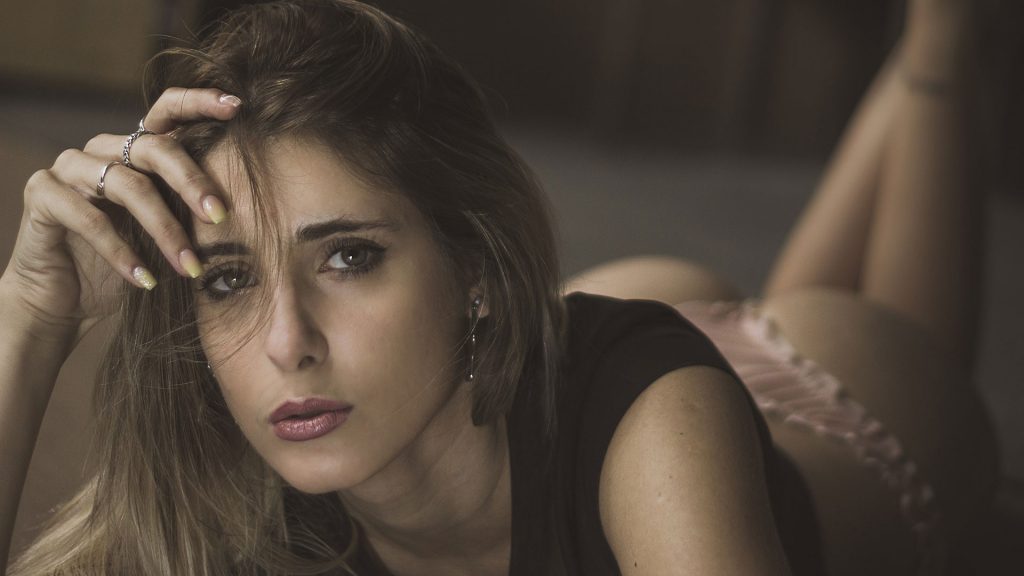